Diseases of the Brain in Dogs

Dogs suffering from diseases of the brain are frequently confused and frightened by the changes taking place in their bodies. Owners are often fearful and feel helpless watching their beloved companions suffer. Many diseases of the brain can be treated. Immediate medical care is imperative to ensure the best possible outcome.

Although brain tumors can affect dogs of any age, they are most commonly found in older dogs. They are likely to occur at multiple sites in the dog’s brain. Some breeds, such as boxers, Doberman pinschers, golden retrievers, Boston terriers and Scottish terriers are more prone to develop brain tumors. Symptoms include lack of coordination, behavioral changes and seizures. Brain tumors are diagnosed through the use of MRI and CT-scan testing. Treatment usually involves surgical removal of the tumor if possible.

Some locations may make the tumor inoperable. Chemotherapy and radiation are given to help shrink the tumor or prevent its return. Prognosis is dependent on the location of the tumor and whether it is malignant. 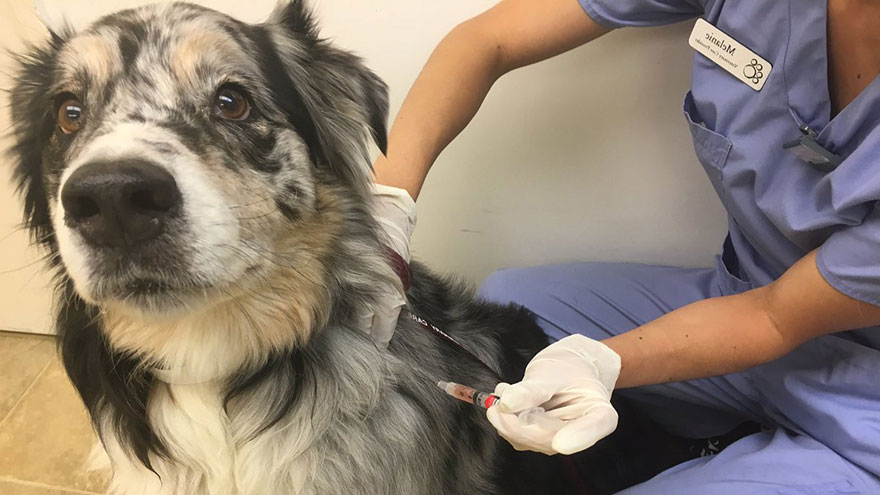 According to Pet Education, epilepsy can present itself in a dog as young as six months of age, although 2 to 3 years is the most frequent age of appearance. Epilepsy is defined as a series of seizures caused by a misfiring of neurons in the brain. Brain damage, tumors, infections, toxins, fever, liver and kidney disorders are some of the known conditions that can cause epilepsy. If a cause cannot be determined, the epilepsy is considered idiopathic, or of unknown cause.

All breeds are susceptible to epilepsy caused by underlying disorders. Although idiopathic epilepsy can also affect any breed, those most affected include collies, dachshunds, poodles, Irish setters, beagles, German shepherds, Saint Bernards, Siberian huskies, Labrador retrievers, golden retrievers and malamutes. Veterinarians will order a series of diagnostic laboratory tests and x-rays to rule out underlying disease as the cause of the epilepsy. If no disorder is found, the epilepsy is labeled idiopathic. Treatment depends on the cause. Underlying disease is treated according to established protocol for each. Idiopathic epilepsy is treated through anti-epileptic medications, including phenobarbitol, Dilantin and diazepam. Idiopathic epilepsy is not curable, but is manageable through continued medication.

Encephalitis is an inflammatory disease involving the brain and spinal cord. There are two types: infectious and idiopathic, meaning of unknown cause. Causes of infectious encephalitis include parasites, ticks, bacteria, fungi and viruses. Symptoms of encephalitis include: circling, lack of coordination, seizures, behavioral changes, head tilt, tremors and depression. Encephalitis affects all breeds of dogs. The definitive diagnosis is made through withdrawing and testing spinal fluid. Abdominal ultrasound, blood work and testing of lymph nodes may be ordered. Antibiotics are the standard treatment for infectious encephalitis.

Anti-seizure medications are prescribed if seizures are a symptom. Inflammation of the spinal fluid is treated with steroids. Idiopathic encephalitis is usually treated by suppressing the immune system. It is important to determine the type of encephalitis, because the course of treatment for each is different, and harm may result if the wrong treatment is used.