The chain reaction started by excessive or unusual firing of neurons can trigger a life-threatening seizure in your dog. Lengthy or repeated seizures are particularly hazardous, as are heat-related episodes. Immediate veterinary care is required for seizures lasting more than five minutes or if your pet experiences multiple episodes in a single day.

Changes in behavior and involuntary muscle movement also can lead to physical injury during a fit. While most seizures are short-lived and do not leave lasting damage, observe your pet carefully during and after the episode.

Record the symptoms and behavior associated with your pet’s seizures, as well as the length of the event. The height of the seizure, also known as the ictal phase, involves muscle spasms, convulsions, loss of consciousness and incontinence. This phase is followed by a longer recovery period, which can last from a few minutes to an entire day.

If the ictal phase lasts longer than five minutes, seek emergency veterinary assistance. This kind of prolonged event is also called status epilepticus. Seizures lasting more than 30 minutes can cause life-threatening changes in blood pressure, heart rate and body temperature. It’s also possible for dogs to develop permanent lesions in the brain as a result of a long episode.

Multiple seizures in a 24-hour period also warrant emergency veterinary assistance. Recurring episodes may produce damage similar to prolonged seizures, including hyperthermia and heart issues. Cluster seizures differ from status epilepticus in that the patient becomes conscious between the events. 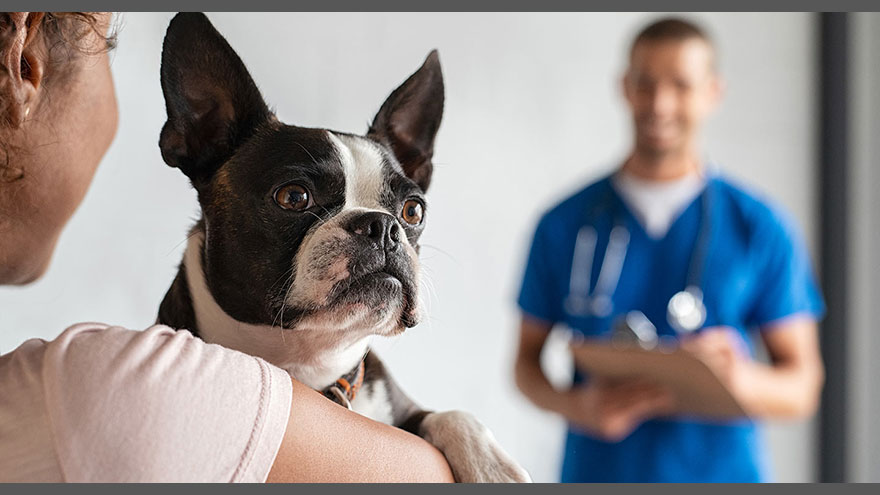 Even mild seizures can become dangerous if your dog is in a hazardous environment. If possible, move furniture and fragile objects away from a convulsing pet. Keep the animal away from water, such as pools and tubs, as well as stairs and other heights. Throat muscle spasms pose a strangulation risk if your dog is eating right before the episode. Never put anything in your dog’s mouth during a seizure, as it can result in choking or bite injuries. If the seizure occurs in the car, pull over for the duration of the episode and keep your pet clear of seat belts and other hazards.

Warning
Remember, your dog is not fully aware or in control of his actions during a seizure. His impaired judgment can have serious consequences, so take every precaution to ensure his safety.

While many canine seizures are idiopathic, or without discernible cause, it’s also possible that they are a secondary symptom of another condition. There are several kinds of pressing health issues that can cause seizures, and these underlying causes should be diagnosed and addressed by a veterinary professional as soon as possible.

Heat stroke is a serious risk for dogs throughout much of the United States, especially in southern regions. Overheating can change the way that electrical charges pass through your dog’s brain, which increases the risk of an episode, according to the Scottish Terrier Club of America. Seizures increase your dog’s body temperature, which can be deadly for dogs already suffering from elevated body temperature due to summer temperatures and dehydration.

Warning
Never leave dogs unattended in a car during warm weather, even if the windows are cracked.

The inflammation caused by canine distemper, rabies and other infectious pathogens can trigger seizures. Some of these diseases have high mortality rates and the potential to spread to other animals. In the case of rabies, transmission to humans is also possible. Birth defects and malformation from disease also can contribute to neural misfiring by disrupting the normal function of the brain.

Physical trauma to the head may trigger seizures, although the episodes may not emerge for a long time after the injury. Swelling and internal bleeding of the brain can lead to the formation of scar tissue and blood clots, according to the Canine Epilepsy Resource Center. It’s impossible to assess the extent of brain damage from trauma without the proper diagnostic tools, so don’t hesitate to take your dog to the vet.

Exposure to toxic substances can cause internal inflammation and unusual activity within your pet’s brain. Common sources of canine toxins include:

Why Is My Dog Vomiting Blood?