Why Is My Dog Vomiting Blood?

Anytime your dog vomits blood it is a medical emergency. Called hematemesis, bloody vomit can precipitate from a variety of causes, including gastric obstruction and esophageal trauma. Most causes of bloody vomit are quite serious, and may become life threatening if not treated promptly. Take your dog to the veterinarian immediately if his vomit contains blood.

The appearance of blood in vomit can vary greatly. Blood that originates in the esophagus, stomach or upper intestines appears normal; usually such blood occurs as streaks or blobs of bright red liquid in the dog’s vomit. However, if the blood originates from further along the intestinal tract, it may become digested partially before it is vomited. Digested blood usually takes the form of black granules — often likened to coffee grounds. 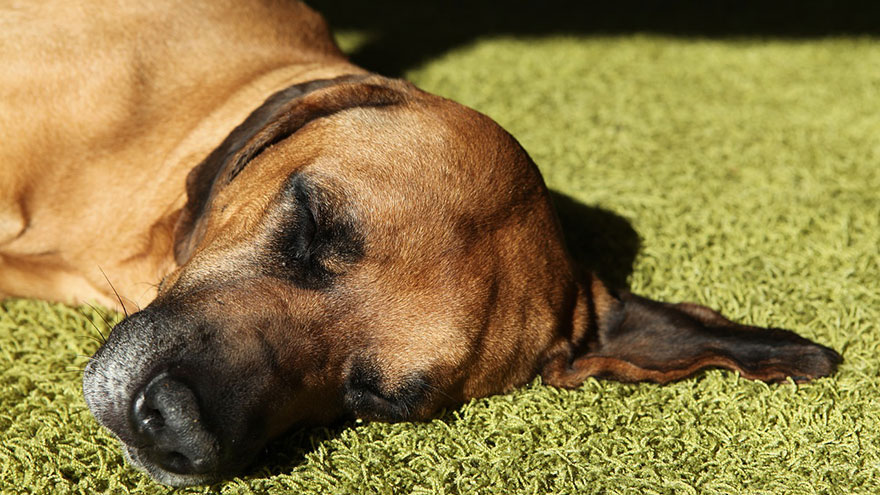 Intestinal obstructions can cause injuries or perforations to a dog’s intestines or stomach. In addition to the traumatic problem associated with such injuries, perforated intestines expose the bloodstream to the bacteria in the intestine. This can cause dogs to become very ill. Obstructions often arise from the ingestion of a foreign body or disorders such as hernias or intussusceptions, which effectively cinch closed portions of the intestinal tract.

ccto the esophagus. For example, bones may catch in a dog’s throat, puncturing the wall of the esophagus and releasing blood. In some cases, frequent vomiting may inflame the esophagus enough to produce blood in your dog’s vomit. Additionally, if the lungs, windpipe or bronchial tubes bleed, your dog may swallow the blood, only to vomit it up later.

In addition to gastric obstructions and trauma, a wide variety of problems can cause bloody vomit. Dogs may produce bloody vomit if they have a stomach ulcer. Stomach ulcers often precipitate from the use of nonsteroidal anti-inflammatory drugs. Tumors of the digestive tract also may bleed, causing the vomit to contain blood.

Blood-clotting disorders may cause dogs to vomit blood. Blood-clotting problems may be hereditary or they can be caused acutely by a variety of stimuli, including ingestion of rat poison. A variety of toxic substances can cause dogs to vomit blood, including some metals and many plant species. Diseases that affect the kidneys or liver sometimes cause blood to occur in vomit. In some cases, intestinal parasites may cause blood-laden vomit, but this is primarily a problem of young puppies.