Bromide Poisoning in Dogs Who Have Seizures

Potassium bromide is popular for treating dogs with epilepsy. It’s sometimes used with phenobarbital, but is increasingly used on its own because it has no effects on the liver. Potassium bromide carries potential side effects, and occasionally, a dog can suffer the effects of too much of the drug in his system, known as bromide toxicosis or bromism. 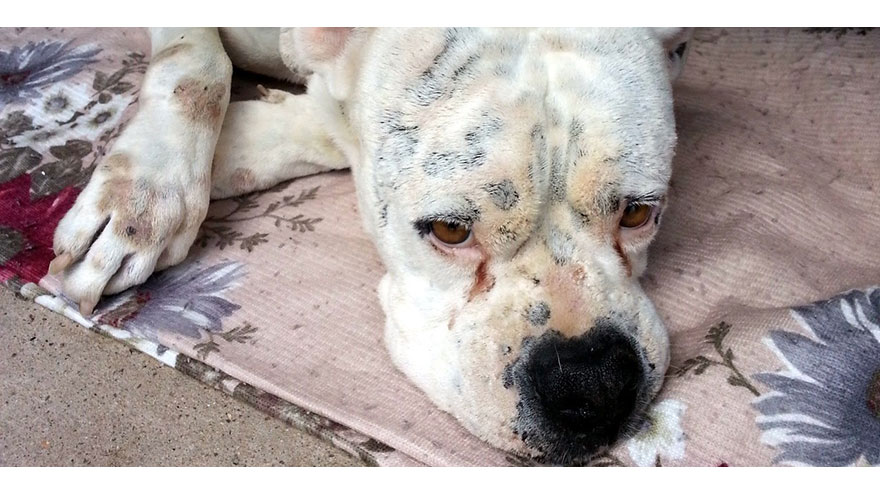 Building Up in the Bloodstream

It takes several months for potassium bromide to reach effective levels in a dog’s bloodstream. It’s best to take this medication with his daily meal as it carries the potential to cause nausea. Other side effects from potassium bromide include excess thirst and urination and drowsiness, which tend to decrease after the first few weeks of medication. If the dog is given too much potassium bromide over time, he may experience weakness in his rear limbs, presenting as difficulty walking, getting up and climbing stairs.

It’s unusual for a dog to experience bromism because part of the treatment protocol with potassium bromide entails regular testing to ensure the dog doesn’t have too much of it in his bloodstream. The Ohio State University Veterinary Medical Center recommends performing a level check at one and three months after starting potassium bromide, and then every six months thereafter. A dog with kidney disease usually requires a lower dose of the medication since it’s removed via the kidneys.

If your dog has a difficult time walking, he should see his vet for a level test to learn if he’s experiencing potassium bromide toxicity. If you suspect he does have too much in his system, do not change or eliminate his dosage as it can cause the dog to have sudden seizures. Dogs must be weaned off the medication.