The Labrador Retriever is a popular breed of dog that is known for its energetic and boisterous temperament. Unfortunately, they are notoriously sensitive to environmental allergens and suffer from autoimmune disorders that make localized reactions more common.

Allergens that can affect Labradors are fleas, pollen and mites. Mange is a skin disorder that is caused by microscopic mites that burrow into the skin of dogs. There are two types of mange: sarcoptic and demodectic mange. Demodectic mange is common in Labradors because their faulty immune systems may predispose them to this condition. 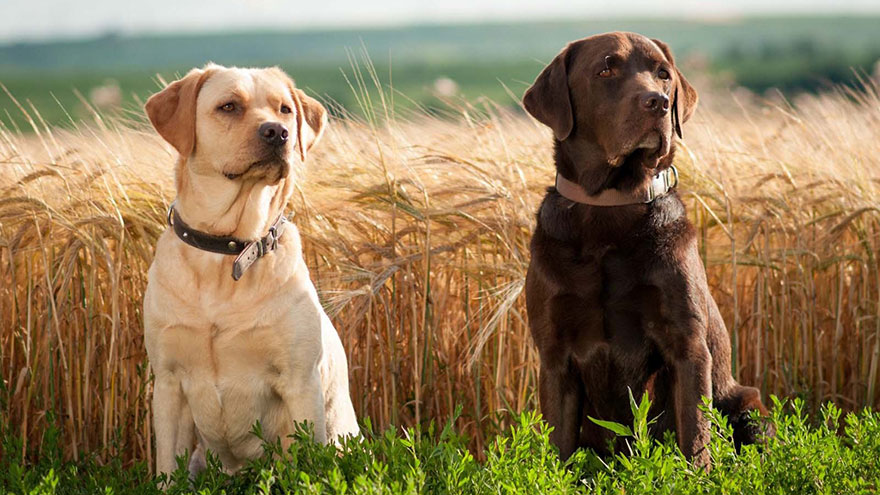 Demodectic mange is a skin condition where demodex canis mites burrow deeply into the dog’s skin and lives in the hair follicle. These mites can be found on almost every dog at one time or another. Most dogs’ immune systems are able to tolerate these mites. According to Animal Forum, some breeds of dogs such as Labradors have problems with their autoimmune systems. This makes them unable to accept the presence of mites on the skin and causes a reaction.

The first symptom of demodectic mange is usually hair loss. This is because the mites live in the hair follicle. Symptoms usually begin around the eyes and spread to the head and body. Lesions will form on the skin. Although the lesions are not usually itchy, they can become infected. They become red and inflamed. This is why this condition is often referred to as “red mange.” They may ooze pus and blood.

RELATED :: Signs and Symptoms of Kidney Problems in a Male Bulldog

Labradors are diagnosed with demodectic mange by taking a skin scraping or biopsy. Once diagnosed, an ointment is applied directly to the affected area once a day for 10 to 14 days. This ointment is either a one percent rotenone ointment or a five percent benzoyl peroxide gel. Labradors are bathed with a special shampoo to flush the mites from the follicles. The dog is then dipped with a medication called amitraz once every two weeks. In severe cases, it can take four to 14 dips before the skin is healed. If the lesions are infected, antibiotics are prescribed.

While treatment can get rid of the mites, they do not correct the underlying genetic problem in Labradors that makes them susceptible to the mites. Relapse is common.

Because there is an underlying genetic issue in some Labradors that makes them susceptible to mange, litter mates may also be susceptible to mange. They should be monitored closely for early signs of mange such as hair loss. If your Labrador does develop mange at any point, it should not be bred because it may pass this underlying genetic issue down

The Side Effects of Revolution Flea Medication