Medications for Dogs With Respiratory Problems

Respiratory problems in dogs can happen just as frequently as they do in humans. Fortunately, veterinarians now have many treatments available to them to help alleviate canine breathing issues, and pet owners should not hesitate to take their dog to their vet if any breathing problems are noticed. Once the respiratory problem is identified, there are several drugs that can be used to treat it.

Albuterol is a drug used for breathing problems in dogs. Albuterol is in a class of drugs known as bronchodilators, and it works by relaxing the smooth muscles in the airway, which allows more air to reach the lungs. Albuterol is available as a syrup, an aerosol and in tablet form, with tablets being the most common form administered to dogs.

The drug is available in tablets of 2mg, 4mg and 8mg, in both quick release and extended release form. Normal dosing for dogs is 0.025mg per lb. of body weight, given three to four times per day. Side effects of albuterol include tremors, vomiting, excessive salivating, rapid heartbeat and diarrhea. 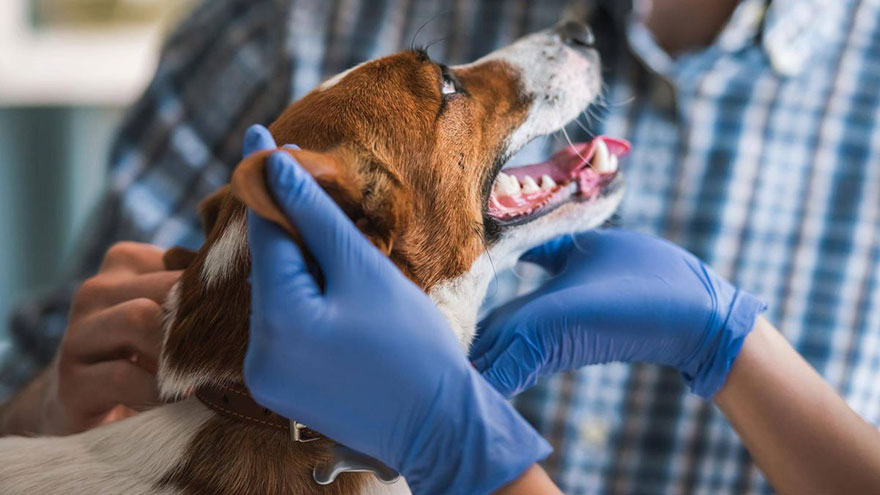 Doxapram is another drug used to treat breathing issues in canines. Doxapram is a central nervous system stimulant, and works by directly affecting the brain’s ability to increase breathing rate. The drug is commonly known by its trade name, Dopram-V, and is manufactured by Fort Dodge Animal Health.

Doxapram is available as an injectable drug of 20mg per 1ml, and each standard vial contains 20ml. Standard dosing is 0.5mg to 2.5mg per lb. of body weight. Side effects of doxapram include high blood pressure, seizures, irregular heartbeat and hyperventilating. Doxapram should not be used in dogs with heart problems or very high blood pressure.

Aminophylline is another drug that is in to the bronchodilator family. It works by relaxing the smooth muscles of the airway, which can become constricted during a bronchospasm (tightening of the airway). This is a common problem for dogs suffering from asthma or asthma-like conditions.

Aminophylline is available in 100mg and 200mg tablets, a 105mg per 5ml oral suspension, 250mg and 500mg suppositories and as an injectable in 250mg per 10ml concentration. Dosing for dogs is typically 3mg to 5mg per lb. of body weight, and is given every eight hours. Side effects of aminophylline are usually minor, with the most common issues being upset stomach, diarrhea and nervousness.

Why Do Dogs Throw Up Yellow Stuff?