Are Cats Effective at Emotional Support?

Even though people have started using cats as emotional support animal or for therapy and companionship, the researches indicate that people who prefer dogs for such things are more than those who prefer cats.

What Researches Have To Say?

As per Google Scholar too when such survey or search was done, the results were 1670000 for cats and 2850000 for dogs. So, it proves that people prefer dogs more as compared to cats for emotional support.

However, when smaller cases were studied it showed that cats gave comfort to the patients who suffered from cardiovascular diseases, emotional disorders and so on. Also, for kids who had autism, the cats would serve as great therapy cats and the kids showed positivity in the wellbeing.

So, as per the available researches when the cats are adopted and then raised they would get trained well and can then provide the tasks of emotional support cats and therapy cats. The effectiveness of cats as therapy animals or emotional support animals is not yet conclusive.

However, people who have been using these pets have showed positivity in their responses. 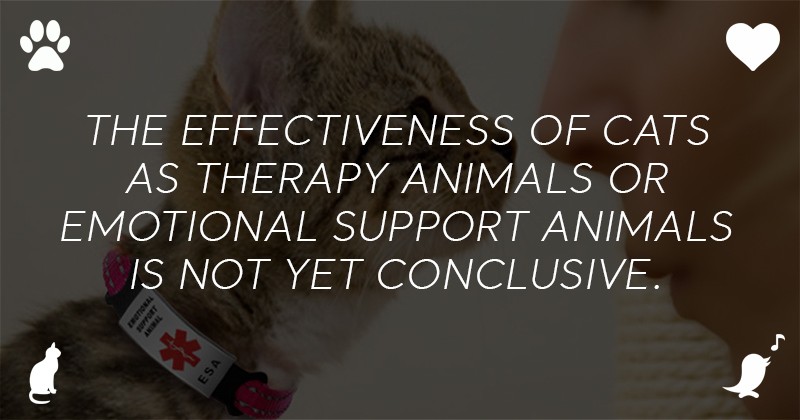 Services That You Can Fetch From Cats as ESA

What Are The Legal Rights For Emotional Support Cats?

Services That You Can Fetch From Cats as ESA