An alert, curious, and fearless dog, the boxer is a favorite choice for families due to its high energy levels and playful nature. A medium sized dog at roughly 60 lbs., the boxer was named because of its tendency to “box” with its front paws while playing. Boxers suffer from a number of health issues; heart and eye problems are the most common. Boxers are also more disposed to certain digestive disorders than other breeds.

HUC is an inflammatory bowel disease that is found almost exclusively in boxers It is also known as granulomatous colitis or boxer colitis. HUC causes inflammation and sores (ulcers) to grow in the lining of the large intestine. As a result, the colon will empty more frequently, which leads to diarrhea. HUC is most common in young dogs under the age of 2. The cause of HUC is unknown but genetics are suspected. 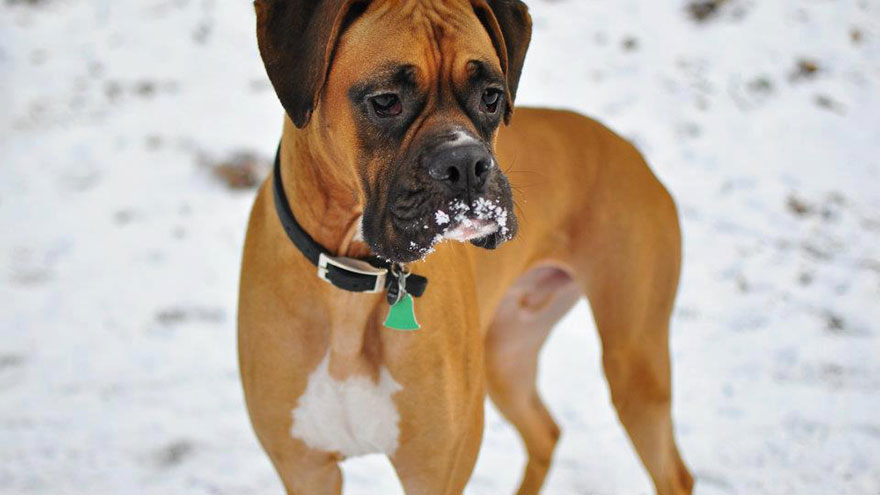 Urinary incontinence is a condition found mostly in middle aged dogs which have been spayed or neutered. Dogs may leak while relaxed or even while sleeping. The condition is most common in spayed females. A complete workup of the urinary tract is needed to diagnose and to rule out kidney problems as the underlying cause.

One of the most common digestive disorders found in boxers is GDV. GDV is the bloating and twisting of the dog’s stomach. In addition to the pain of the distention of the stomach, the twisting kinks and stretches the blood vessels. Reduced circulation can damage or kill the lining of the stomach. Pressure is placed on major veins, blocking circulation to the heart which causes a drop in blood pressure that can lead to the dog going into shock. Signs of GDV are retching, dry heaves, foaming at the mouth, restlessness and a distended abdomen. Overeating is believed to be one cause but veterinarians are unsure about other underlying causes.

Medical and dietary therapy can help but there is no cure for HUC. Pyloric stenosis can be treated with diet and medication but surgery may be required in extreme cases. Drug therapies exist to treat urinary incontinence. Preventing a dog from eating and drinking too quickly, particularly after exercise, may help reduce the chance of GDV. GDV is a serious medical emergency and a veterinarian should be consulted immediately. Often, surgery is required to untwist the stomach and tack it in place to prevent future incident.

The Period of Pregnancy in Dogs