Canine lymphoma is a common form of cancer that may occur in dogs. Some breeds that are often affected by lymphoma are Scottish terriers, bull mastiffs, cocker spaniels, German shepherds, poodles, boxers and golden retrievers. Dogs that suffer from lymphoma are usually middle-aged. Finding a cure for canine lymphoma may be difficult, because this type of cancer tends to spread quickly to other areas of the body.

Chemotherapy can be used to treat lymphoma in dogs. Veterinarians may attempt to cause a remission of the cancer, instead of a full cure. A cure may not be possible, depending on the extent of the disease when it is diagnosed. Chemotherapy is highly effective in treating lymphoma in dogs, and may be administered for one full year. The pattern of treatment may be one time a week for 10 weeks, three times a week for two to four months and one treatment every other month for one year. 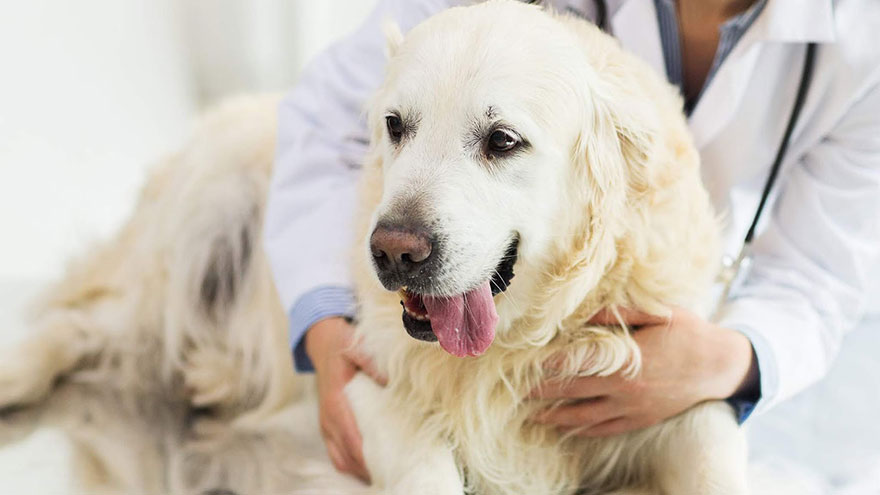 The VELCAP-L protocol is an effective lymphoma treatment for dogs and other small animals. This involves administering five drugs in combination with chemotherapy: vincristine, L-asparaginase, cyclophosphamide, doxorubicin and prednisone. According to PubMed.gov, the complete remission rate for dogs treated with VELCAP-L for lymphoma was 69 percent. Dogs that were older or that had an advanced stage of lymphoma were less likely to experience remission of the disease.

According to peteducation.com, surgery is not recommended in the treatment of canine lymphoma because it is a systemic disease. If your dog is treated with chemotherapy or a combination of chemotherapy and VELCAP-L and has a relapse, another round of chemotherapy may be beneficial. However, most dogs do not live longer than one year after the diagnosis of lymphoma is made.