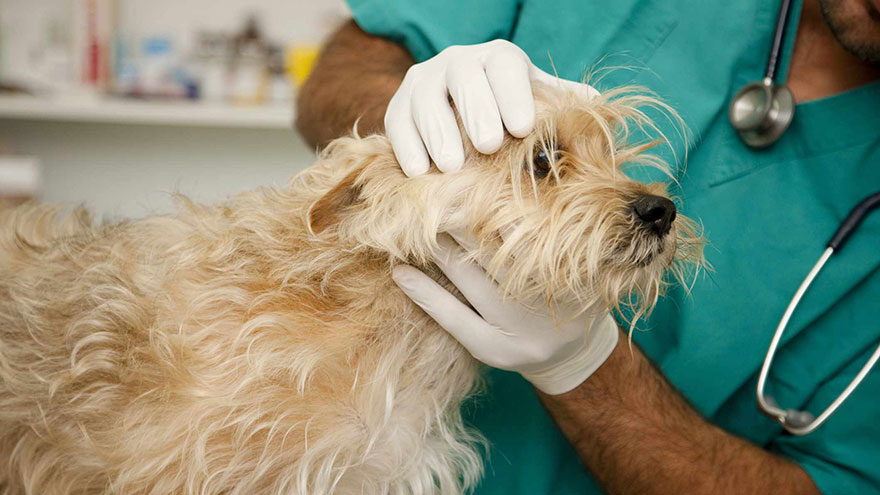 Chronic obstructive pulmonary disease in dogs involves the respiratory and pulmonary systems. The disease is characterized by mucous membrane inflammation in the bronchi, the airways responsible for delivering oxygen from the trachea to the lungs. This results in the chronic coughing that affected dogs present.

The exact causes of chronic obstructive pulmonary disease are typically hard for veterinarians to pinpoint. This is because there aren’t any conclusive causal factors for the condition. While the triggers of the disease are unknown, some breeds of dogs are particularly vulnerable to it. These include small and toy breeds, specifically cocker spaniels and West Highland white terriers. Cases of the disease occasionally appear in bigger canine breeds as well. COPD is particularly problematic for obese dogs.

At the onset of chronic obstructive pulmonary disease in dogs, the primary indication is excessive dry coughing. The coughing often has a grating quality to it. Dogs in the beginning phase of this disease often produce hacking and gagging noises once they’re done coughing. With time, affected dogs frequently start to experience problems breathing properly. They often get exhausted quickly and can’t handle exercising for long.

If you notice any potential symptoms of chronic obstructive pulmonary disease in your pet, schedule an appointment with the veterinarian immediately. Vets generally assess dogs for this condition through in-depth physical exams, complete blood counts, urinalysis and biochemistry profiles.

Their findings from these tests, however, generally can’t be associated with specific causes or conditions. Vets sometimes analyze the intensity of this condition by performing chest X-rays. Chronic coughing in and of itself is frequently an indication of other medical conditions such as lung infections, various forms of cancer and heart disease.

Veterinarians frequently manage chronic obstructive pulmonary disease in dogs by minimizing respiratory discomfort. They often accomplish this through intravenous medicine or oxygen therapy, and sometimes even both. They occasionally prescribe bronchodilators for dogs. These substances can be beneficial for handling secretions and airway expansion. Other common management options include corticosteroids, antibiotics and cough suppressants.

Since obesity tends to enhance the uncomfortable effects of chronic obstructive pulmonary disease in canines, your vet might suggest exercise and diet changes for a dog with significant excess weight. COPD is permanent and lacks a cure. The goal of treatment of COPD is to better dogs’ lifestyles and make the condition move more slowly.