Coughing or hacking–especially if it is consistent–can indicate lung cancer in a dog. Owners who notice these symptoms in their dog should seek veterinary care immediately. However, owners should avoid jumping to conclusions because coughing or hacking can also indicate other health issues including parasites, kennel cough, bronchitis, distemper or heart disease, according to veterinary Dr. Ron Hines’ website, 2ndChance. 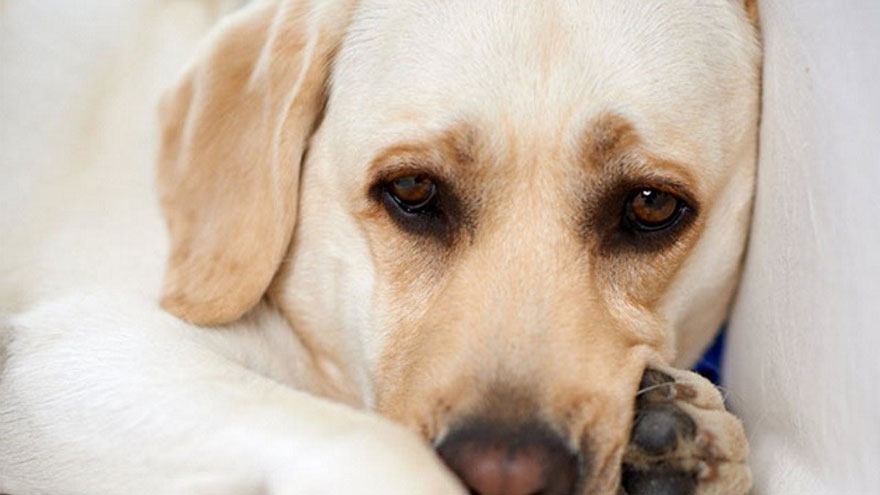 The environment that a dog lives in can be a huge factor in developing lung cancer. Dogs too, can develop respiratory health issues because of secondhand smoke or due to other pollutants in the air associated with city-living. Dogs may also develop lung cancer due to genetics. For example, dog breeds with smaller and medium sized noses are more prone to developing lung cancer in comparison to dogs with larger sized noses. Other causes of canine lung cancer include exposure to carcinogens, such as asbestos.

Dogs with the early stages of lung cancer will likely not have any symptoms. Once symptoms occur, they are relatively straightforward. Dogs often exhibit a long-term cough or a consistent hack. The coughing or hacking may produce phlegm or blood. The affected dog may have difficulty breathing, which is known as dyspnea. This may be accompanied by behavioral changes such as lethargy. Some dogs may also have weight loss due to a loss of appetite, while other dogs may have lameness of one or more of the limbs.

Dogs with lung cancer will undergo intense testing at the veterinarian’s office. X-rays or ultrasounds of the chest will identify the size and location of any tumors present. Dogs may also require a biopsy of the affected tissue to determine what type of cancerous cells are present, which can aid in choosing the best treatment for the dog. Additionally, blood tests can help determine the overall health of the dog and aid in detecting cancerous cells present elsewhere in the canine body.

Treatment for lung cancer will depend on the severity and type of cancer present. Some dogs may be candidates for surgical removal of tumors, while other dogs may require chemotherapy or radiation therapy; or a combination of two of the three. With treatment, a dog’s prognosis will vary greatly. Some dogs may only live for two additional weeks, while other dogs may live for two years or more.

Why Does My Boxer’s Nose Peel?