Treating heartworm is expensive, difficult and often unsuccessful. The American Kennel Club recommends prevention through the usage of a heartworm prevention program. Prevention programs usually begin when a border collie is six to eight weeks old, and consist of the regular usage of a heartworm preventative drug. However, according to the American Working Collie Association, border collies often show allergy symptoms to heartworm medications. 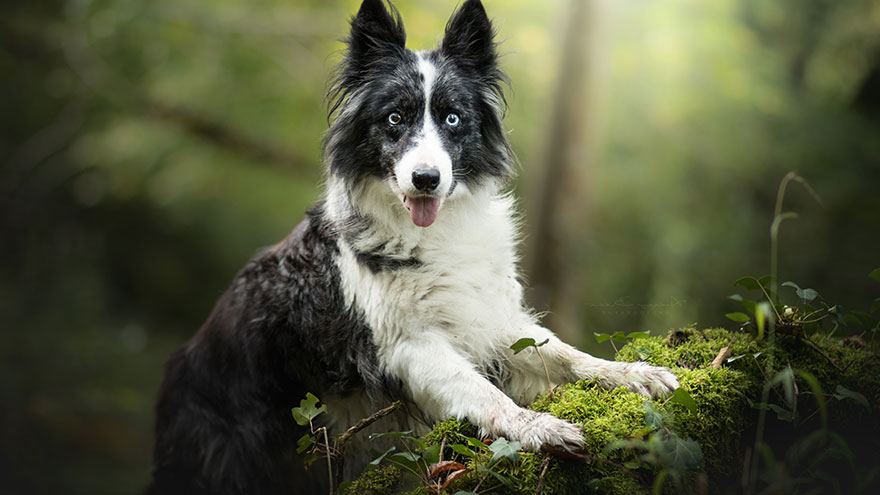 Ivermectin, the most popular worming product in veterinarian use, can cause problems in border collies. In fact, all of the collie breeds can display the allergy, which is often referred to as Ivermectin Toxicity. The sensitivity is caused by a defect in a gene that influences the movement of drugs in the brain. The drug to basically becomes trapped within the brain, and builds to toxic levels.

A border collie with this trait will have severe reactions to ivermectin and other drugs. The reaction can often be fatal. Dogs with a sensitivity to ivermectin are often sensitive to all drugs of the macrolide family, including ivermectin, milbemycin, moxidectin, doramectin and selamectin. 35 to 45 percent of collie are affected by the mutation. Only 20 percent of the collie population is estimated to be completely unaffected by the defective gene.

A simple cheek swab test determines whether or not your border collie has inherited this sensitivity. The Washington State University’s Veterinary Laboratory of Clinical Pharmacology recommends that collies, border collies, Shetland sheepdogs, old English sheepdogs, whippets and Australian shepherds be tested before your or your vet administers any heartworm medication.

Dogs that do not have this trait may still pass the defective gene to their offspring. Even if the parents are able to take ivermectin and other heartworm medications, the offspring should be tested.

The symptoms of a bad reaction include dilated pupils, tremors, diarrhea, loss of coordination, vomiting and collapse. Because the brain is affected, seizures may also occur. A dog that shows a drug sensitivity reaction needs immediate veterinary attention. The symptoms typically occur within eight to 24 hours of treatment.

Dr. Cindi Bossart, DVM and Chairman of the Collie Club of America Health Committee, recommends that border collies that display sensitivity to ivermectin avoid all heartworm medications that include ivermectin, even in small doses. Veterinarians often recommend the use of Interceptor, Proheart or Revolution. However, in a few cases, a border collie may also exhibit sensitivity to one of these products. For example, Interceptor contains milbemycin oxime, which is of the same drug class as ivermectin.

A study conducted by Tranquilli, Paul and Todd in 1991, published in the American Journal of Veterinary Research, concluded that collies sensitive to the effects of ivermectin show similar sensitivity to the effects of milbemycin oxine. Another option is to feed your border collie daily pills containing diethlycarbamazine citrate in either a chewable or oral tablet; these lend protection against roundworms and heartworms.

Control of the Surrounding Enviroment

If your border collie is unable to tolerate any heartworm medications, you’ll need to protect it from heartworm by controlling your dog’s environment. Heartworm is spread by mosquitoes. In many parts of the country, there is only a seasonal need for heartworm control, coinciding with the mosquito season.

The Veterinary Services Department of Drs. Foster and Smith, Inc. recommends dog owners eliminate mosquitoes, and standing water where they breed, from the area in which dogs live. Dogs in high mosquito areas should be taken indoors during the times of the day when mosquitoes are most active.

How to Make Cooling Bandanas for Dogs