Sebaceous glands are tiny glands attached to the hair follicles beneath your dog’s skin. They lubricate his hair and skin by secreting the oily substance known as sebum. Older dogs, particularly those between 8 and 13 years of age, are prone to developing sebaceous gland tumors. Fortunately, most are harmless; approximately 98 percent of them are benign. 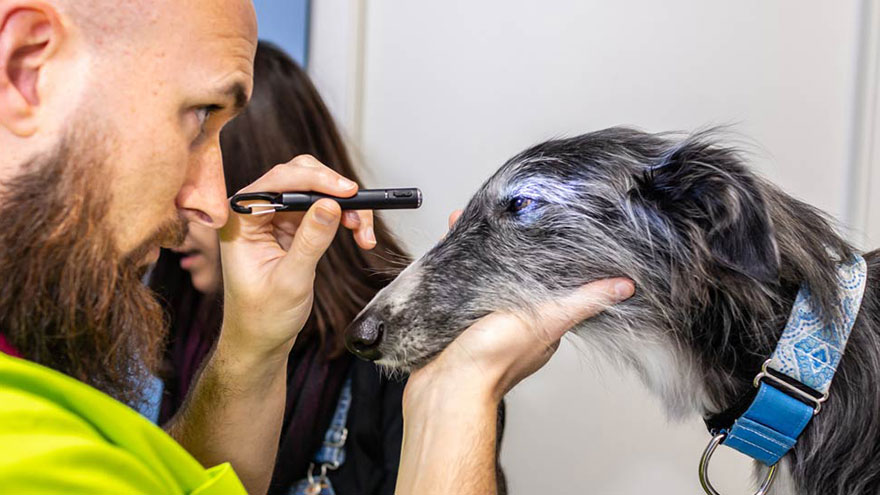 There are several types of benign sebaceous gland tumors:

About half of sebaceous gland tumors are nodular sebaceous hyperplasias, which aren’t technically tumors, but are excessive sebaceous cell divisions. These growths are light in color, shiny, small and round, taking on a cauliflower appearance, sitting on a stalk or narrow base. They may ooze a liquid that forms a crust and occasionally they’ll bleed.

Approximately 37 percent of sebaceous tumors are sebaceous epitheliomas that look identical to hyperplasias, though they tend to present in larger breeds. These growths often take on a black color and are benign tumors.

Sebaceous gland tumors can grow anywhere, but often are found the head, including around the eyes and ears.

Though these tumors are harmless, they won’t disappear on their own. If the growth causes your dog to scratch, bleeds, interferes with his grooming or develops a secondary infection, the vet will likely recommend removing it.

Since these tumors are generally no larger than a pea, it’s an easy process taken care of with a local anesthetic — especially appealing for older dogs who may not cope well with a general anesthesia. Sebaceous gland hyperplasias and adenomas don’t tend to recur in the same spot; sebaceous epitheliomas occasionally reappear after treatment.

Approximately 2 percent of sebaceous growths are malignant. Like the benign tumors, they have a wart-like appearance, however these cancerous tumors are differentiated by ulceration and inflammation of the surrounding skin.

The vet will confirm a diagnosis of a carcinoma with a needle aspiration and a tissue biopsy and surgically remove the growths; radiation therapy may be recommended if the growths are invasive. These growths have a high likelihood of recurrence, however metastasis is rare.

Types of Worms in Dog Stool