Renal Failure and Lactulose in Dogs

The kidneys are the janitors of your dog’s body, clearing his bloodstream of waste to be excreted in his urine. As a dog ages, his kidneys may start to weaken, putting him in renal failure. There are a variety of potential complications from renal failure, as well as different methods for treating chronic kidney disease. When constipation is a side effect of renal failure treatment, lactulose often helps get things moving. 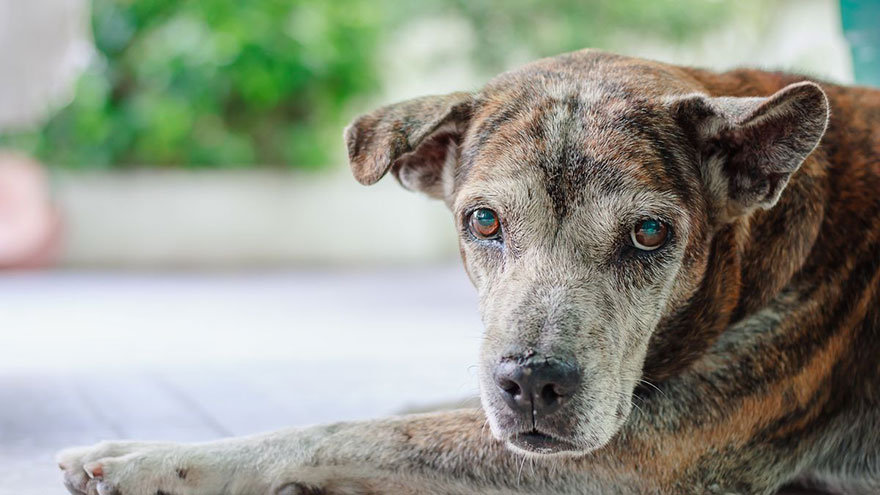 Acute renal failure is a sudden decline in kidney function that happens over a period of days. Causes of acute kidney failure include infection, ingesting toxins, decreased oxygen or blood flow to the kidneys and urinary blockage. Since acute renal failure has a specific cause, it’s often curable. Chronic renal failure moves much slower, showing up over time as a dog’s kidneys gradually lose their functionality. Often, underlying illness, hereditary and congenital conditions and dental disease are at the heart of chronic kidney disease, which usually is seen in older dogs.

The classic symptom of renal failure is increased thirst and urination. Other signs include weight loss, loss of appetite, vomiting, lethargy, diarrhea, constipation and depression. Other, more serious symptoms include acute blindness, and seizures and comas. The vet will order a complete blood count, urinalysis and chemical blood profile to evaluate your dog’s enzyme and mineral levels. Chronic kidney failure can’t be cured, but it can be managed.

Since the kidneys perform such an important role in keeping the body toxin-free, there are a variety of steps to take to manage renal failure. Fluid therapy is sometimes necessary to keep a dog hydrated. A change in diet is often in order. Since your dog’s kidneys aren’t filtering waste as well as they should, it’s common to have excess minerals such as phosphorous, potassium and calcium floating around in his bloodstream.

Phosphorous binders and other medication are often used to address the effects of renal failure, however they may produce their own side effects. The Ohio State University College of Veterinary Medicine notes constipation is one of the most common effects of using an aluminum phosphate binder. Lactulose, or Enulose, is a good choice to manage the issue.

The Role of Lactulose in Managing Renal Failure

Lactulose, or Enulose, is a liquid laxative your vet may prescribe to loosen things up if your dog experiences constipation as a result of his treatment for renal failure. The syrup travels unabsorbed through his digestive tract where bacteria breaks it down, making his intestines more acidic.

The acid does double duty, attracting water into the intestine to loosen stool and converting toxic ammonia in his colon into ammonium to be passed in his stool. Lactulose has side effects, including gas, abdominal pain, bloated belly and diarrhea. As well, it may contribute to your dog’s dehydration from extra fluid loss.

If your dog has been diagnosed with renal failure, he’ll be visiting his vet regularly so his health can be monitored. His medications and diet may be adjusted according to how his chronic kidney disease is progressing. Though he won’t be cured of the condition, he can live with chronic kidney disease, especially if you work with your vet and pay attention to how your dog responds to treatment. His prognosis also depends what stage of renal failure he was in when he was diagnosed.

Side Effects of Atropine Sulfate in Dogs

Causes of Hearing Loss in Dogs