Illnesses That Dogs Can Get From People

Zoonosis is the name for any infectious disease that can be spread from animals to humans. Reverse Zoonosis occurs when the disease spreads from humans to animals. Many modern diseases started out as Zoonotic diseases, but it is impossible to tell when the “jump” actually occurred. Often, the symptoms of these diseases are the same in humans and animals. The major factor that contributes to their  spread is increased contact between humans, pets and wildlife. 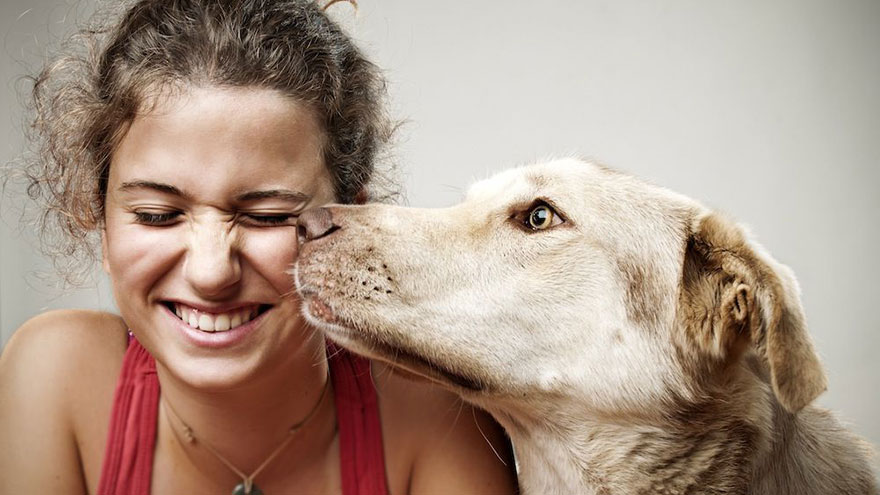 Amebiasis is caused by an intestinal parasite which attaches to a person’s large intestine, often causing symptoms such as stomach pain, nausea, loss of appetite, bloody diarrhea and fever. This contagious disease is usually spread where living conditions are unsanitary and the hygiene is poor and by inadequate hand washing. Dogs may also become infested if they come in contact with infected human feces—while this may seem unlikely, it is really quite common for dogs to get into trash bins and come into contact with items such as soiled baby diapers or toilet paper. Infected dogs often exhibit the same symptoms as humans with the disease. A veterinarian can diagnose a dog by inspecting a fresh stool sample. Treatment usually involves antibiotics such as Flagyl and IV fluids in cases of severe diarrhea.

Mycobacterium tuberculosis, which infects humans, can be spread to several animal species, including dogs, deer and elephants. The main cause of tuberculosis is a group of bacteria called Mycobacteria which are resistant to heat and most disinfectants. Humans are the main host for this organism, but dogs are also susceptible to it if they come in direct contact with the infected sputum. Symptoms to look for in dogs include fever, weight loss, cough, increased salivation and loss of appetite. Treatment usually involves a combination of antibiotics. In some cases surgery is necessary to remove localized lesions.

In rare cases, mumps can be spread from humans to dogs. Because mumps are caused by a virus, no antibiotic will work as treatment. Symptoms that your pet has contacted mumps are the same as those in humans and include a swollen throat, difficulty swallowing, fever and ear pain. If the disease progresses it can even lead to meningitis. Recommended treatment for dogs usually includes feeding pureed foods and chicken broth, and giving doses of aspirin for fever. Some veterinarians may also recommend Traumeel, a homeopathic product used for pain relief in animals.

What Are the Treatments for Canine Bulging Lumbosacral Disc?