How Can You Tell if a Dog Has Heartworms?

If your dog has an advanced case of heartworm disease, he might exhibit symptoms such as breathing difficulties and a fast heartbeat. If his disease is in an early stage, he might not exhibit any symptoms at all. Since the disease can cause heart failure and lung disease in affected animals, veterinary attention is crucial if you suspect heartworms. Dogs should take preventive heartworm medicine prescribed by your vet.

When dogs have heartworm disease, they’re infested by roundworms called Dirofilaria immitis. These parasites live in their pulmonary arteries and hearts. They’re hazardous because they clog up the heart and blood vessels and block blood supply to organs such as the lungs, liver and kidneys. Heartworm disease appears in dogs all throughout the United States. It’s especially common in canines who live along the Gulf and Atlantic Coasts, however. 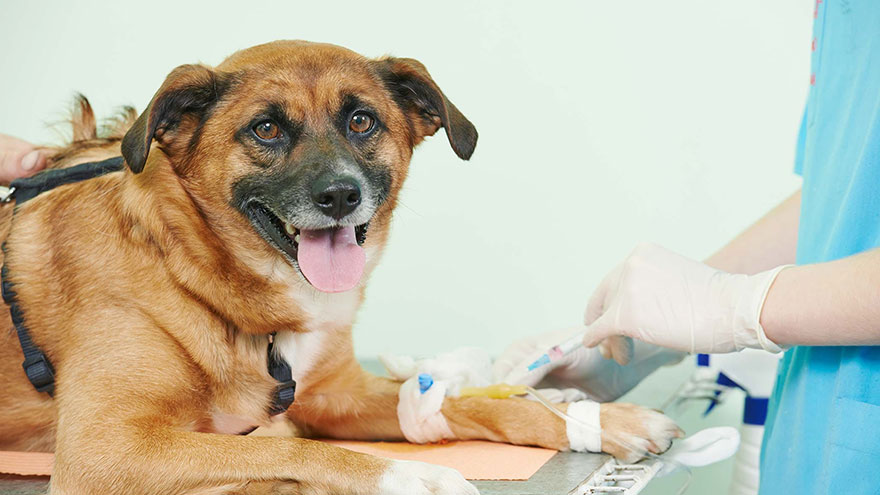 Dogs generally don’t display clinical symptoms of heartworm disease until they’ve already had it for a number of years. As a result, heartworm diagnoses are typically seen in canines who are anywhere between 2 and 8 years in age. Heartworm disease is uncommon in dogs who are under 1 year old. Some factors determine the intensity of heartworm disease symptoms. These factors include how many mature worms there are, how long they have lived inside the dog and where they are situated.

Heartworm disease is divided into three categories based on the stage of the condition. Class I heart disease generally doesn’t cause any symptoms. When dogs do display symptoms, they’re usually mild, such as intermittent coughing. Class II dogs frequently cough and have low thresholds for physical activity. Class III dogs experience the most intense symptoms, including very fast heartbeats, breathing problems and hypertension. If you notice any possible signs of heartworm disease in your pet, schedule an appointment with your veterinarian at once.

Only a veterinarian can tell you for certain whether your dog has heartworms. Veterinarians generally diagnose heartworm disease in dogs through blood tests, radiography, ultrasounds and physical examinations. Veterinarians sometimes conduct additional diagnostic tests to assess whether dogs can receive heartworm treatment free of risk. Dogs should get screenings for the disease on a yearly basis. Your vet can determine when your pet should be tested each year.

How to Know If Your Pet Has Rabies