Usually when a dog is diagnosed with entropion, he will need corrective surgery. Entropion is a condition in which an eyelid rolls toward the eye. Sometimes it affects the bottom lid, the top one or both. Entropion can affect one eye or both eyes. A veterinarian corrects an adult dog’s entropion by removing a crescent of skin from the eyelid and suturing what’s left into a normal position.

If you notice any symptoms of entropion — which include sensitivity to light, squinting, tearing and pawing or rubbing at the eyes — or if you notice anything unusual about your dog’s eyes, get him checked by a veterinarian. It’s important that entropion is treated early on, as the hairs and eyelashes on a rolled-in lid can rub and scratch the cornea, the outer layer of the eye.

This is made worse by your dog pawing his eye from discomfort, causing painful corneal ulcers or erosion. Scarring from the ulcers can result in partial or complete loss of vision. 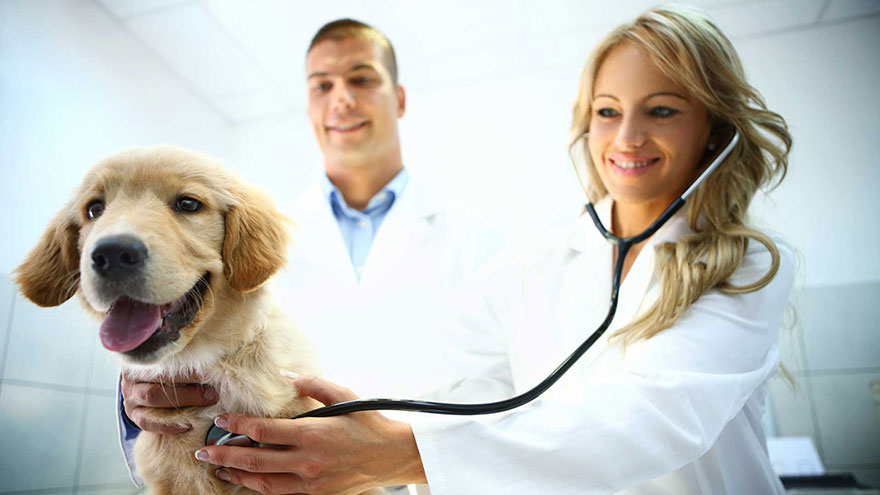 Entropion surgery is usually performed when a dog reaches adult size, between 6 and 12 months of age. In a simple surgical procedure called blepharoplasty — a form of plastic surgery — a narrow section of tissue is removed from the affected eyelids. The area is then sutured to evert or turn out the eyelid into its proper position.

This may require two surgeries to avoid overcorrecting the entropion and causing the eyelid to roll outward into “ectropion.” Excessive skin is also removed in breeds like the Shar-Pei with heavy facial folds of skin. Surgery is usually successful and entropion typically doesn’t reoccur, except in severe cases, where several surgeries may be required.

Entropion can affect a puppy not long after his eyes open, around 2 weeks old. A minor procedure, called lid tacking, is used to protect the pup’s eyes until his face grows into its adult shape. Using a local anesthetic, a vet places temporary surgical staples in the eyelids to roll them out.

He’ll replace the staples every three to four weeks, until the puppy is old enough for permanent surgery. Sometimes, a pup will grow into his facial skin, making surgery unnecessary. Most puppies accept the staples without a problem, but with a young pup, it’s important to stop his mom or littermates from chewing them.

If your dog has corneal ulcers, he will need treatment with an antibiotic ophthalmic ointment prior to surgery. Any eyelid swelling after surgery should be minimal and will usually go down within 48 hours. ccc him scratching the site until the sutures are removed, after about 10 days. Topical antibiotics may be prescribed post-surgery to prevent an infection in the area.

What Is Neo Poly Dex?