English bulldogs are prone to all the diseases other dogs are, but there are some conditions that are more prevalent with this breed. Many diseases are passed down genetically from one generation to the next. Others are simply diseases that bulldogs are prone to due to physical characteristics that have been bred into the breed over the years. Learning about these conditions will help you treat them as early as possible so your dog doesn’t suffer needlessly. 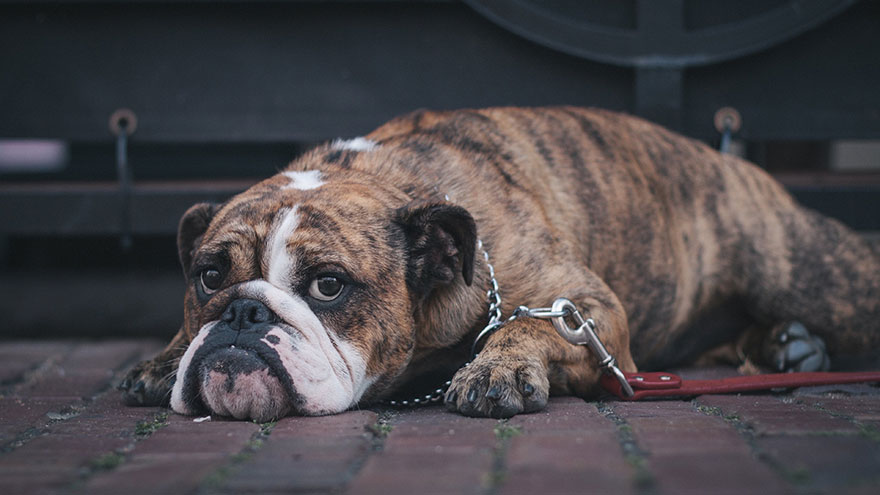 Due to their wrinkled skin, English bulldogs are prone to many skin conditions. Fold dermatitis is inflammation caused by moisture and friction. It occurs most frequently in the facial folds and around the tail. If left untreated, it can evolve into pyoderma, an infectious disease most commonly found on the muzzles of this breed. Many English bulldogs are genetically predisposed to superficial folliculitis. This condition causes hair loss and red pustules on the skin. This can become chronic if not treated.

English bulldogs are prone to several genetic diseases of the eye. Ectropion makes the eyelids drop away from the eye. This affects dogs with heavy facial folds. The opposite also occurs. Entropion occurs when the eyelids roll into the eyes, causing a constant irritation to the surface of the eye. Eyelash problems are common. Trichiasis makes the eyelashes turn inward towards the eyes, while distichiasis consists of extra lashes growing from abnormal follicles on the inside edge of the lid.

English bulldogs have unusual snouts compared with most dog breeds. This contributes to more genetic issues such as cleft palates, cleft lips and elongated soft palates. The latter may cause breathing problems. Bulldogs are prone to abnormal dentition due to mouth shape. This can manifest as teeth that are missing, misaligned or in the wrong place. Any of these issues may cause problems with the dog getting adequate nutrition.

Due to the unique structure of the bulldog’s nose, the dog’s are prone to bradycephalic upper-airway syndrome. The dog will show symptoms such as snoring, noisy breathing and tiring easily during exercise. Excitement, heat and exercise will be difficult for the dog to tolerate. In severe cases, you will notice that your dog’s breathing exaggerates the movement of his abdominal wall.

English bulldogs suffer from several heart conditions due to their physiology. Mitral valve defects, pulmonic stenosis, arteriovenous fistula and Von Willebrand’s disease are the most common issues this breed faces. Pulmonic stenosis occurs when one of the heart valves does not function properly. Arteriovenous fistula creates abnormal connections between the veins and arteries. Von Willebrand’s disease affects the function of the blood platelets, causing a lack of clotting in the blood.