While dog bites are fairly common in all parts of the world, rabies in dogs is decidedly uncommon in the U.S. The few dogs that contract rabies tend to contract it from wild animals, such as skunks, bats and raccoons. These dogs are usually not vaccinated, though the vaccination is not 100 percent effective. For this reason, it is a legal requirement to report all bites and scratches to the county’s health district, regardless of the dog’s vaccination status. 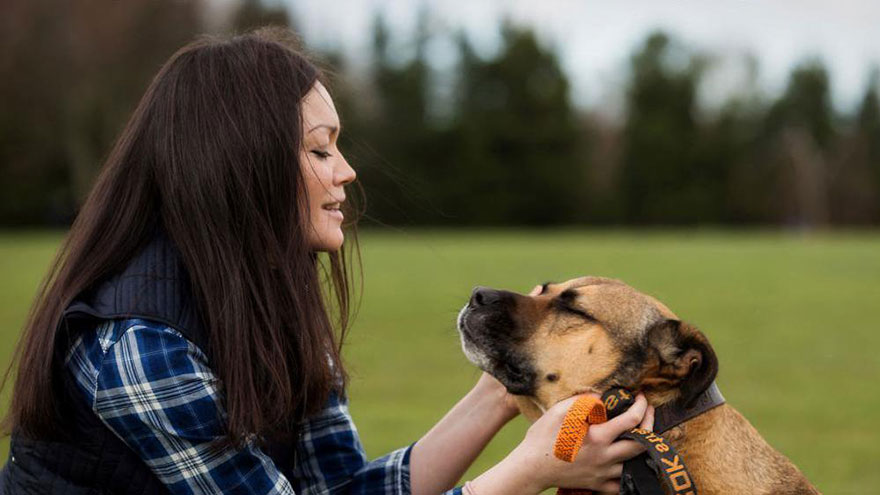 Dogs do not always bite out of aggression, but will often bite when startled, injured or from an instinct to protect their food, a favorite toy or even their owner. According to the United States Humane Society, approximately 4.7 million U.S. citizens are bitten annually, 60 percent of which are children. Children, especially young children, do not always know how to handle a dog or when to leave a dog alone, such as when it is eating, hence they should never be left unattended with even a family pet. It is also advisable not to separate fighting dogs, and to always keep dogs leashed in public places. Though some dogs may be friendly and eager to approach other dogs, the same may not be true of the dog approached.

Types of Bites and Risks Involved

Bites to the hand, head and foot are considered more serious, as the large concentration of blood vessels makes these areas particularly vulnerable to infection. Bites are also more serious if the person bitten suffers from diabetes, cancer, AIDS, liver or lung disease or any other condition that potentially compromises the immune system. If a person is bitten that suffers from any of the above conditions, it would be wise to consult a doctor, after cleaning and applying a dry, sterile bandage to the wound.

A dog that has received a rabies vaccination in the last three years has little risk of contracting the disease. Though not one hundred percent effective, the rabies vaccine is one of the most effective vaccines in the U.S. If a dog has not been vaccinated in the last three years or if the vaccination history is unknown, the dog can be ‘tested’ for rabies. Keep in mind, however, that the only way to test for rabies is to examine the brain tissue, which means that the dog will have to be euthanized.

Rabies symptoms develop 20 to 60 days after initial exposure. Symptoms in humans include headache, fatigue, fever, appetite-loss, disorientation, hallucination, seizure and even paralysis. Animals infected with rabies are highly aggressive and often froth at the mouth. Death is usually due to cardiac arrest, coma or complete paralysis.

While no treatment for exists for rabies, contraction of the disease may be prevented–even after a bite–with a series of vaccinations against the disease. This series typically consists of six separate vaccinations over a period of 28 days. Though the onset of symptoms is gradual, successful prevention requires immediate action after a bite.

Treatments for Cataracts in Dogs