Does A Snoring Dog Indicate Some Health Issues?

For some dogs like bulldog or pug, snoring can be a usual condition. However, if your dog has suddenly started snoring, this might be a symptom of some underlying issue, including some serious health troubles.

Our mute friends could express their feelings of happiness, sadness or anger effortlessly. However, they could not explain or share with you if they are facing some internal issue, such as a nose or throat obstruction.

Therefore, it is important to keep your observation radar on high for our furry friends. If your dog has suddenly started snoring regularly, it might not be a normal thing. They might be facing some health issue. 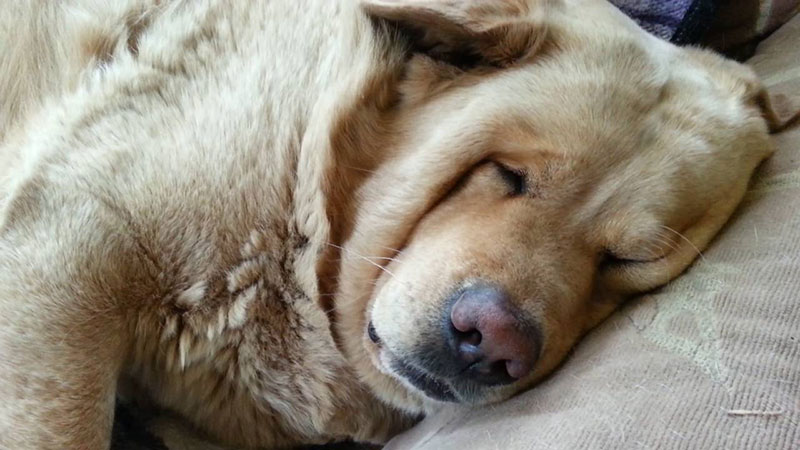 Here are a few reasons, why your dog might be snoring:

Some dogs like the Bulldogs, pugs, Boston terriers have very short noses, leading to difficulty in breathing, especially in the night.

When something is stuck in their nose or throat, it hinders their normal breathing leading to snoring. While the blockage could be just a small toy, it needs tending and proper removal as soon as possible.

Similar to humans, dogs could develop allergies from dust, pollen, other pets or perfumes. Such allergies could block the airway, which in turn, causes snoring.

Again similar to humans, dogs are prone to cold, leading to a stuffy nose and inflamed mucous membranes. The inflammation further leads to sneezing, nasal discharge, labored breathing and snoring.

A side effect of drugs in the likes of painkillers, muscle relaxants, and tranquilizers. The said drug relaxes your dog, to an extent that their throat muscles loosen up.These muscles block the airway causing the snores.

Snoring could be caused by an abscessed tooth or any unusual growth in the oral cavity or sinus. These infections if undetected and hence untreated could spread through your dog’s body leading to some serious health issues.

Those extra pounds and extra tissue in your obese dog’s throat can cause airway constriction or could cause the rings in your dog’s trachea to collapse during their sleep.

Smoking is not just injurious to our health but to our pet’s health as well. Dogs could face respiratory issues such as asthma, bronchitis, and snoring, due to second-hand smoking.

While it may be a small issue, it is important to note if your dog is snoring and to take advice from your vet. After all, precaution is always better than cure.

Tips That Could Help Your Dog Lose Weight