It is important for dog and cat owners to be sure to keep their pets free of common disease-carrying parasites such as fleas and ticks. There are numerous prescription treatments and over-the-counter products that are effective in removing fleas and ticks from animals.

However, studies have proven that some of these products carry dangerous side effects and have caused adverse reactions in dogs and cats that are detrimental to the animals’ health and safety. A variety of flea and tick treatments for pets have been found to cause adverse reactions in human beings as well. 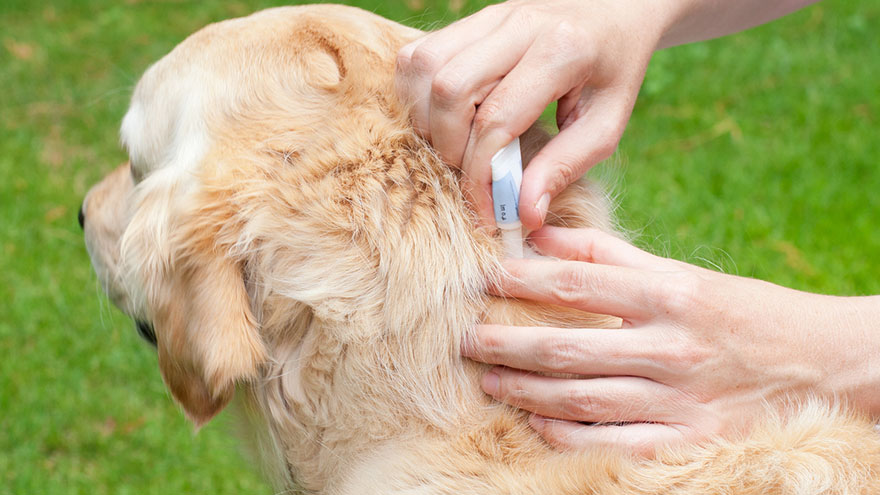 Flea collars for pets are one option for pet owners who make the effort to keep their dog or cat free of common parasites. Collars treated with a variety of pesticides are placed around the animal’s neck and are worn for extended periods of time (usually several weeks) as a protective measure against fleas and ticks.

According to SixWise.com, the chemical used creates a toxic cloud around the animal’s head, causing the pet–and pet owner when in close enough proximity–to inhale toxic fumes for the lifetime of the collar’s potency. Pets also have been known to suffer skin irritations and loss of hair in the neck area due to flea collar use.

The over-the-counter flea and tick treatment Bio-Spot can be quite dangerous to dogs and cats. Containing a deadly chemical called permethrin, Bio-Spot acts similarly to nerve gas by paralyzing the parasites’ nervous system and eventually killing it. Though the makers of Bio-Spot call it a “topical” flea and tick treatment, the Environmental Protection Agency (EPA) reports that the permethrin in Bio-Spot is actually absorbed by the animal’s skin and oftentimes causes adverse reactions in dogs and cats, such as severe skin irritations, seizures and sudden death.

Bio-Spot also poses a hazard to human beings, as permethrin reacts similarly to the human nervous system. Because of this, pet owners who treat their animals with Bio-Spot are advised by the EPA to thoroughly wash their hands immediately after use.

Advantage is another popularly known flea and tick killer used on domestic animals. The chemicals used in Advantage for dogs can cause extreme and sometimes fatal reactions for smaller breed dogs and domestic cats. The EPA reports that in 2008 hundreds of animals who were treated with Advantage suffered skin irritations and rashes.

Roughly 600 dogs and cats who were treated with or exposed to Advantage died. Advantage for dogs is deadly to felines, and some cats that have come in contact with dogs who had been treated with Advantage have become fatally ill.

Frontline flea and tick medication for dogs and cats is a very effective pesticide that is often the veterinarian’s choice for parasite removal and prevention. However, there is serious and potentially lethal hazards for dogs of smaller or “toy” breeds such as teacup chihuahuas or schnauzers. The chemical pesticides in Frontline flea and tick medication have been proven by EPA scientists to cause adverse reactions, and sometimes death, in dogs that are under 20 pounds.

Dogs who reach an adult weight of 10 to 20 pounds require a much lower dosage of Frontline than is generally recommended for average to larger-sized dogs. Reactions to Frontline experienced by miniature breed dogs who were given the dosage for an average-size dog include vomiting, diarrhea, rashes and seizures.

Even when properly administered, the chemicals exuded from the animal can get into carpets, upholstery and clothing, making children in the household continuously exposed to toxic fumes that can cause damage to their brain, nervous system and hormones. Prolonged exposure to organophosphate insecticides has been proven by EPA scientists to cause cancer in laboratory animals.

How to Make a Doghouse Warm in the Winter

Symptoms of Spleen Tumors in Dogs