Just like you, your dog has two adrenal glands, the bean-shaped organs sitting above his kidneys. The outer layers of his adrenal glands, known as the cortex, produce the hormone cortisol. Cortisol increases blood sugar, minimizes inflammation, suppresses the immune system, decreases the number of lymphocytes and increases fat production. It’s most important job is responding to physical and emotional stress. 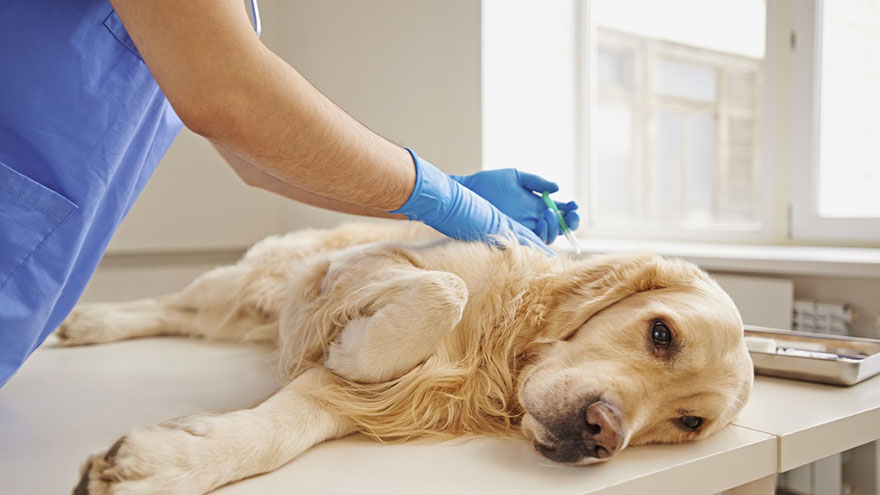 A dog’s normal cortisol level is between 1 and 5 micrograms/deciliter. If he’s in a stressful situation, his cortisol level will climb as his adrenal glands produce more hormones to respond to the stress. It’s normal for a dog’s level to vary based on environmental conditions, however, sometimes his cortisol level is out of balance in relationship to his environment. If your dog’s adrenal glands are producing too much cortisol, he likely has Cushing’s disease. If they can’t produce enough cortisol, he likely has Addison’s disease.

Treating Cushing’s disease depends on the cause, though medication is often used to suppress the production of cortisol. Surgery may be an option to remove a tumor and occasionally, radiation therapy is helpful, though it is often limited in availability and expensive.

On the other end of the spectrum is hypoadrenocorticism, or Addison’s disease, a condition when hormone levels are too low. Addison’s disease isn’t as common as Cushing’s disease in dogs, and is most often seen in middle-aged female dogs. Symptoms may be sudden and intense or appear sporadically and vary in severity.

Signs of Addison’s disease include:

When an Addisonian dog is feeling stressed, his hormones aren’t responding properly, so it’s common for symptoms to appear when stress level changes. Hypoadrenocorticism is progressive, so symptoms will worsen. A dog may experience tremors, seizures or heart rate irregularities and eventually become very ill. A very sick dog requires hospitalization for intravenous fluids and other medication as necessary. Long-term treatment requires medication, either in the form of a daily pill or a monthly injection.

The prognosis for Cushing’s disease and Addison’s disease depends on the individual dog and the cause of the hormone imbalance. If your dog requires medication, he’ll likely require treatment for the rest of his life as well as regular check-in visits with the vet to ensure his medication is sufficient for his condition. You can help him out by minimizing his stress level and keeping an eye on his overall health.