Like humans, dogs can fall prey to many disorders and disease. One such disorder is epilepsy, a neurological disorder that has some serious physical repercussions. A seizure can be disruptive, frightening and potentially dangerous. It can also cause leg weakness and fatigue. 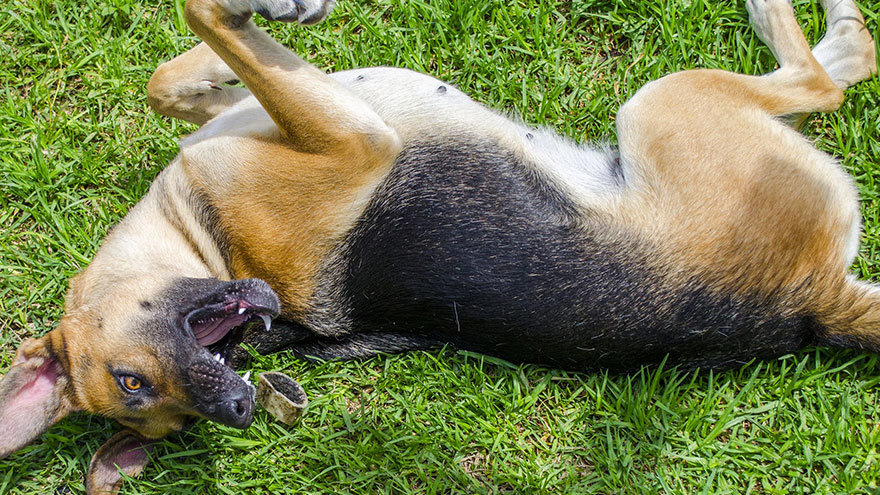 Epilepsy is a disorder that starts in a dog’s brain. The neurons in the brain fire incorrectly in the cerebrum, causing too many “move” commands in the body. This disorder can by caused by environmental or physical issues, but it does strike some breeds of dogs more often than others. German shepherds, beagles, boxers, labs, St. Bernards, Irish setters and poodles are more likely to have seizures.

Epileptic seizures progress in a consistent way. During the “aura,” the signs of a coming seizure occur: restlessness, nervousness, whining, shaking, wandering and hiding. This part of a seizure may last minutes or days. During the “ictus” the seizure actually occurs. A dog will seize and collapse, possibly thrashing and pawing the air. This could last several minutes. During the “postical phase,” the dog spends time recovering from the seizure.

The Canine Epilepsy Network tells us that epilepsy is considered to be a genetic disorder. Dogs who are genetically predisposed have an epileptic fit through toxic substances, metabolism and brain disorders like tumors, which can disrupt the brain’s function.

Weakness in the legs is part of the aura and ictus phases of a seizure. A dog grows weak and loses his ability to stand or walk. This generally results in the dog collapsing on his side during the seizure. At the ictus phase, a dog’s legs grow stiff and paw the air or shake. This extreme action can tire the dog’s legs and cause additional weakness.

Seizure and epilepsy are treated through medication and management. Anticonvulsant medications decrease the intensity of seizures and keep dogs from injury. Dog owners are taught to watch for the signs of an impending seizure and manage the seizure itself in safe and responsible ways.

Epilepsy may occur alongside other serious disorders like distemper, brain tumors, liver or heart failure or diabetes.

Specialty Collars for Training Your Dog