Lymphoplasmacytic rhinitis is a chronic inflammatory disease that is frequently complicated by secondary bacterial infections.This is because the increased mucous discharge makes it difficult for the dog to clear debris from its nose. This may provide a breeding ground for bacterial infections, making treatment more difficult.

The symptoms associated with lymphoplasmacytic rhinitis may include nasal discharge, sneezing, pawing at the face and open-mouthed breathing. Conjunctivitis of the eyes may also occur with this type of rhinitis, which is due to inflammation in the upper respiratory passages. 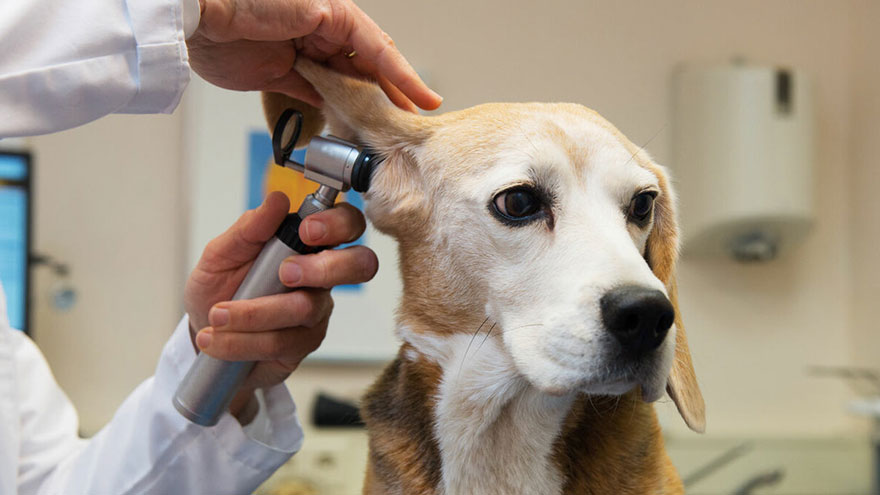 The causes of chronic rhinitis may include trauma, parasites, foreign bodies and acute viral infections. Lymphoplasmacytic rhinitis may occur as a result of an ongoing viral infection. This is a chronic inflammatory disease that is characterized by inflammation of the mucous membranes of the nose and sinuses.

The treatment of lymphoplasmacytic rhinitis in dogs may include alleviation of symptoms and avoiding dehydration. Dogs that develop bacterial infections as a result of this chronic condition may require antifungal medications. Surgery may be performed on dogs that do not respond to medical treatments. Surgical treatments may consist of sinusotomy, rhinotomy, lavage and biopsy.

According to a study performed by the School of Veterinary Medicine at the University of California, lymphoplasmacytic rhinitis occurs most often in dogs older than 8 years of age. Large dogs seem to be more commonly affected, and 58 percent of the dogs studied had bilateral (both sides) nasal discharge and chronic symptoms that lasted for 1 to 30 months.

Signs and Symptoms of Thyroid Problems in Dogs