Dogs are subject to a number of common medical problems that all owners should have knowledge of and be attentive towards. It pays to be aware of symptoms exhibited by your dog while also being conscious of the fact that many symptomatic behaviors can result from a variety of causes, many of which are not serious. 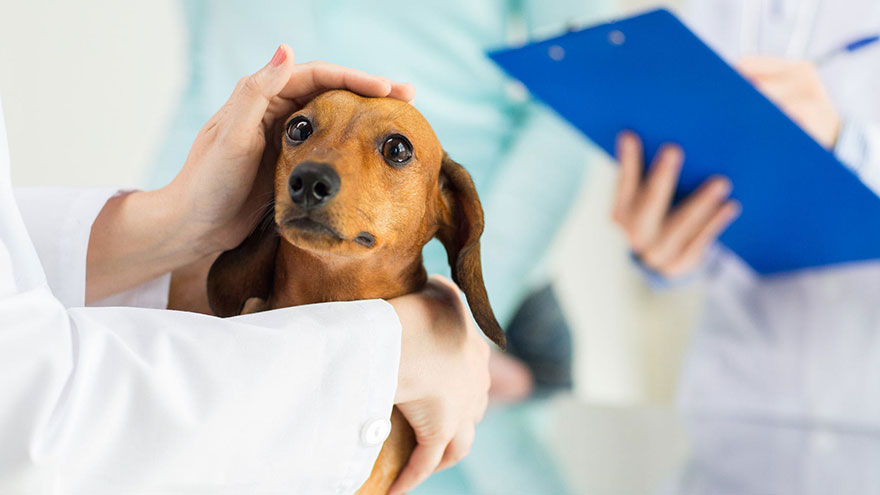 A very common problem with dogs is vomiting, but this does not necessarily indicate even a non-serious medical problem. Dogs are not discriminating in their diet, and the occasional vomit episode could just mean they ate something that disagreed with them. What you should look for is repeated and prolonged series of vomiting, projectile vomiting or what looks like black coffee grounds in the vomit. The latter is actually digested blood. These more serious cases indicate that you should take the dog to the vet.

Canine distemper is very contagious and can be transmitted by direct or indirect contact with the discharge from a dog’s eyes or nose. The early stages of canine distemper are similar to those of a severe cold. Other symptoms include vomiting and diarrhea.

Dogs are notorious for loving to stick their head out the car window and enjoy the ride. What is less well-known is that dogs can actually get carsick. Symptoms of canine motion sickness include yawning, drooling and uncontrollable whining. Unlike humans, dogs don’t get sick due to the movement of the vehicle. Most cases of carsickness in dogs, according to “Planet Dog,” are due to stress. If you notice signs of carsickness in your dog, take steps to alleviate his stress, like being sure the pooch can see out the window. Many dogs get over their carsickness after getting used to riding in a vehicle.

According to “Pet Care in the New Century,” one in every 200 dogs will develop diabetes. Canine diabetes is a condition in which the action of insulin is suppressed or the production of insulin is obstructed. While food is capable of being turned into glucose, the dog cannot use that glucose as energy. Symptoms include an increase in drinking and urination, weight loss and potential blindness.

The most common skin allergy for dogs is flea allergic dermatitis (FAD). Pets that develop this condition are allergic to a protein produced in the flea’s saliva. FAD is more prevalent during the summer and in warm climates, and the itching can last throughout the summer months. Symptoms include severe scratching on the rear half of the dog, especially on the back head of the tail.

Certain breeds of dog are very susceptible to back problems. Commonly affected breeds include the Dachshund, whose long body and short legs are architecturally ideal for developing back problems. Basset Hounds are another breed that can develop potentially severe back problems.

You Might Also Like :: Easy & Fast Way to Get Rid of Fleas on Your Pets & in Your Home

Surgery for Hip Dysplasia in Dogs